The property is situated in Languedoc, in the Corbières wine district (the oldest in France, begun by the Romans), and very near Spain.

“The road less travelled…” The Languedoc region has great character, a rugged and individual charm quite different from the much-visited Périgord and Provence. The peaceful hamlet of Villerouge la Crémade makes an ideal base from which to explore this fascinating and lesser known region of France.

Villerouge is an hour and a half from Toulouse on the Autoroute des Deux Mers, and lies about 35k east of the medieval walled city of Carcassonne. The Mediterranean beaches are just half an hour away. Villerouge is about an hour from the Spanish border, so especially in summer it is quite feasible to make a day trip to Spain (e.g. Figueras and the Dalí Museum, the Casa Dalí at Cadaquès, Girona, even Barcelona).

Or plan a week or two in Spain after your visit to the Corbières, to explore the charming lesser-known cities of Saragossa and Valencia, as well as the enticements of Barcelona. Duty free shopping in Andorra is also accessible.

The great southern cities of Montpellier, Béziers and Perpignan are within easy striking distance. Those interested in antiquity will find the legacy of Roman civilisation in the nearby city of Narbonne particularly interesting, whilst ongoing excavation at the Greco-Roman Oppidum at Ensérune, on the way to Béziers, reveals more marvellous relics of ancient days. 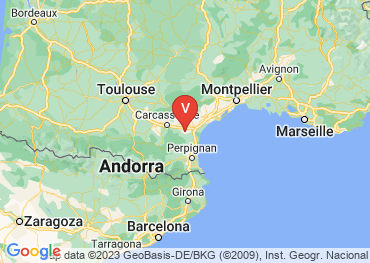 Map of the region

Music-lovers will find concerts all through the summer at the Abbeys of Fontfroide, Caunes Minervois, Villelongue and Lagrasse and in many smaller churches, for example the exquisite Chapelle de Notre Dame de Consolation in nearby Fabrezan. Each August the Pablo Casals international music festival takes place in Prades, at the great Abbey of S. Michel de Cuixa in the foothills of the Pyrenees and could be considered in conjunction with a visit to the Corbières. Musical extravaganzas are also staged each summer during the festival at Carcassonne. Art-lovers will enjoy easy access to the beautiful Museum of Modern Art in Ceret, home to Picasso for an extended period early last century. The picturesque port of Collioure, south of Perpignan, was the creative centre for many painters of that period, including Matisse.

Of particular interest in the region are the ruins of the Cathar castles at Peyrepertuse, Quéribus and Montségur, and those who have read of the daily lives and dangers of the Cathars in Ladurie's Montaillou will find the village an hour or so away. Also nearby is Rennes le Château, the centre of the mysteries described in The Holy Blood and the Holy Grail (which was probably the source for much of the material in The Da Vinci Code). The great Fort at Salses, near the Mediterranean coast, offers insight into the early struggles between the French and the Spanish.

There are many villages and towns nearby with interesting cafés and excellent restaurants, street fairs and markets. Gastronomes will rejoice in the Michelin two-star restaurant in nearby Fontjoncouse, and lovers of cassoulet can try it at Castelnaudary, the proclaimed true home of the authentic dish. The nearby Canal du Midi offers cruises and dining on the leafy banks.

Modern marvels within striking distance include one of the most impressive civil engineering feats of our time – the viaduct at Millau. This remarkably elegant bridge spans the valley of the river Tarn and is easily accessible travelling north from Béziers on the A75 motorway; exit at Sortie No. 45 to find the main viewing point and Visitors' Centre. 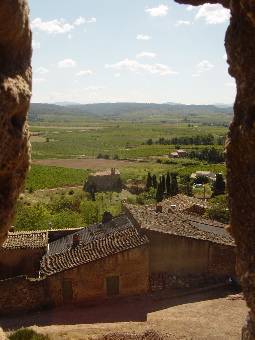 View from the Château of Villerouge

Villerouge is surrounded by vineyards. The Corbières region produces excellent wines; you can spend a leisurely afternoon visiting the many châteaux and domaines, tasting and selecting. Lézignan-Corbières, 10 minutes from the property, is a busy market town with all facilities including an outstanding seafood shop and an excellent game supplier as well as supermarkets and great pâtisseries, so keen cooks can get to work with the best of local produce.

There is a major street market every Wednesday in Lézignan, and Thursday and Sunday in Narbonne, with a full range of food as well as clothing, shoes, fabrics and so on. Summer is the time in every little village in the region for the foire à la brocante and the vide grenier, the antique markets and attic sales, where the most extraordinary range of objects including occasionally a real find, is offered for sale by the stallholders.

If you are in the village during the major national holidays, for example July 14th, Bastille Day, and August 15th, the friendly locals will invite you to test your boules skills at the Concours de Pétanque and afterwards to join them at a magnificent dinner served outdoors at long tables, followed by dancing under the stars. Autumn also offers festive occasions, for instance the Festival of New Wine and Chestnuts in early November. 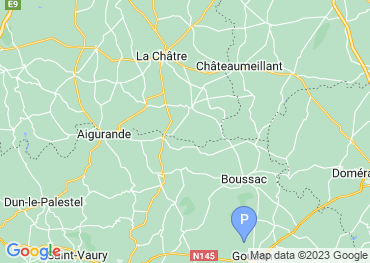 To offset the effects of the great food and wine, there is good walking in the pine forests and thyme-scented garrigue, while nearby Ribaute offers excellent river swimming and the Mediterranean beckons just half an hour to the east. The best swimming beach is Leucate Plage.

Winters in the villa at Les Oliviers can be very cosy as the property faces due south, and in contrast to the north and east of France, winters in the south tend to be often sunny, even if it is nippy outside. The large sliding glass doors in the dining and sitting rooms create a solarium effect on sunny days, and in the evening the log-burning fireplace is very comforting. Warm air is pumped into other parts of the house and there are electric heaters in all bedrooms. We have named the second double room downstairs the “winter bedroom” as it backs onto the fireplace and is beautifully warm by bed time; the chimney passes through the upstairs bedroom which becomes similarly cosy. The house is very well insulated and once warmed or cooled, maintains its temperature very well with judicious use of doors, shutters etc.

A Michelin two-star restaurant in Fontjoncouse; contact and booking information (you will need to book well in advance).

History of these Cathar strongholds. Admission and other details about Peyrepertuse. More details and photos of Quéribus and Peyrepertuse.

Rennes-le-Château has many sites devoted to it: a discussion of the mystery; a gallery of pictures taken in the Château itself; and a listing of various other attractions around Rennes-le-Château.

The Pablo Casals Music Festival is held in Prades in July and August.

The festival features acts ranging from Sting to flamenco.

The museum has a large collection, including the works of Picasso, Miró, Dalí, Matisse and many others.

The Oppidum is a Greco-Roman archeological site, dating back to the 6th century B.C. It overlooks the famous Etang de Montady.

The canal runs from coast-to-coast: it represents a remarkable feat of 17th century civil engineering, but it is also a great bike path.

(These links will open in their own window. Please contact us if a link appears broken.)